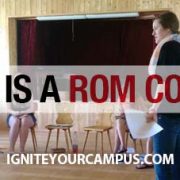 This post was written by Jill Turley, a member of our Czech 2014 mission trip. This is her story.

You know that moment in a lot of romantic comedies where two complete strangers happen to literally run into each other for no reason other than the plot calls for it and these two strangers end up falling completely in love with each other and become more important than life itself? When you see it as a viewer, it’s really corny, completely cliché, you absolutely see it coming, but if the movie’s good enough, you don’t even care and you find it really beautiful? That’s my faith. 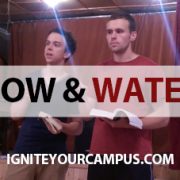 As I went back to the Czech Republic for the second year in a row, I had high expectations for the entire trip. Last year I had seen God perform miracles, seen lost come to hear about Christ, and countless people recommit their lives to Christ. I had seen God move powerfully, and I was fully prepared to see Him move again.

It became clear soon after we landed, however, that this trip was not like last year’s. During the first week I found myself scrambling to keep up with changing plans, missed my devotions, and did not talk to one person from outside the Church about Christ.

Things seemed to only get worse during the second week: the camp we stayed at had multiple issues, transportation was difficult, and my spirits fell. I looked at what had happened during the trip and all I could think of was how this trip had not lived up to last year’s trip. I had failed. Even worse, God had not shown up.

But then, the night before we left to come back home, I found myself reading 1 Corinthians 3, and suddenly I understood. Last year’s trip had been a year of planting, in which we had preached to the lost, prayed for the broken, and cared for the hurting, but this year was a year of watering.

I had encouraged a girl who gave her life to Christ after our visit last year.

We led a retreat to bring the youth of the local church into a closer relationship with God.

We had even been the prayer team for a worship night featuring a band from Manchester and a preacher from Australia.

I had forgotten that sometimes, God sends us to strengthen those already in the Kingdom. New Christians are always a good thing, but all Christians need care, and this year we had been the love of God to Christians who needed it.

This trip had not been a waste, it had simply been different. I had spent the entire two weeks trying to plant new seeds and bring new people to Christ, and in doing so I had almost missed all of the watering and growing of experienced Christians that God had been doing. Last year we had planted. This year we watered.

I can hardly wait to see what God will harvest. 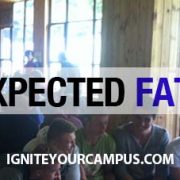 “As for me, this is my covenant with you: You will be the father of many nations.” Genesis 17:4

This past Thursday, I had the privilege of leading a session at Kristfest helping young men navigate from boyhood to manhood.

I’ve been excited about the session ever since I was asked to lead it back in April.

END_OF_DOCUMENT_TOKEN_TO_BE_REPLACED 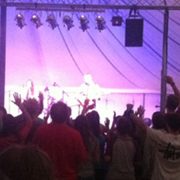 This year, I experienced a new Czech first while at Kristfest.

We still don’t know what disease swept through the camp, but early Tuesday morning, over 30 people found themselves incredibly sick.

Four people even went to the hospital.

END_OF_DOCUMENT_TOKEN_TO_BE_REPLACED 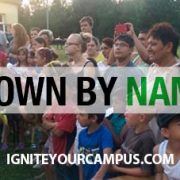 This year during our week of outreaches in Cesky Tesin, I was struck by the number of kids from the community who knew my name.

We would walk into an event, and all I would hear was a resounding Jason from the younger kids.

I didn’t know many of them – probably only talked to them a few times, led an event they participated in, or gave them a hi-five sometime during a past trip – but they knew me, and made sure to say Hello, Jason every time they saw me.

It was a weird feeling.

END_OF_DOCUMENT_TOKEN_TO_BE_REPLACED 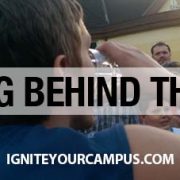 Fear. It’s been an attractive factor of our trip this year.

Every night during our time of outreaches, we’ve put various young people through a number of competitions in fear factor-ish style.

And it’s been great.

Of all the events we’ve done – be it workshops, community dinners, speed dating, and even our showcase – the fear factor events we planned were the most attractive.

END_OF_DOCUMENT_TOKEN_TO_BE_REPLACED 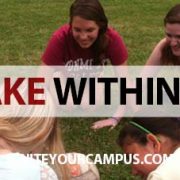 Every year as we get ready to head to Czech, I tend to get a single song stuck in my head. It’s a song I end up playing over and over again. A song I whistle and hum to myself. A song that makes me pray harder – and begin to cry – about what God wants to do.

This year, that song was Wake.

And God has been using it to stir within all of our hearts.

END_OF_DOCUMENT_TOKEN_TO_BE_REPLACED 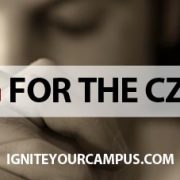 In a few short days, the Czech mission team will board a plane and begin our journey to what will become a very life-changing trip.

God is going to do something BIG.

Now more than ever, we need your help! We know God is going to show up and change lives on this trip, which means: we need prayer!

If you are interested in praying for our team while we are ministering in the Czech Republic, you will find a list of prayer requests below, as well as a downloadable copy of our itinerary. Unless marked, all times are recorded in Czech time – 7 hours ahead of Central Standard Time.

You can download a PDF copy of our trip itinerary by clicking the link below.

Periodically throughout the trip, our team will post updates on the Ignite blog. During the last week of the trip, while at KristFest, there won’t be any updates as the team won’t have access to internet. Click the button below to see all updates pertaining to the Czech 2014 mission trip: 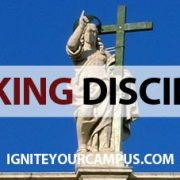 “Therefore go and make disciples of all nations…”  Matthew 28:19

A few weeks ago, I received one of the greatest compliments about Ignite.

I was chatting with one of the leaders of Kristfest – the national youth camp we will help with during our trip to Czech – and he was explaining why my team was chosen to lead the sessions we will lead.

You see, this year’s theme is partly on discipleship, and what it means to be a true disciple of Christ. Throughout the week, our team will lead all the breakout sessions related to discipleship.

The reason? Apparently even in Czech, Ignite is known as a ministry that makes disciples.

END_OF_DOCUMENT_TOKEN_TO_BE_REPLACED 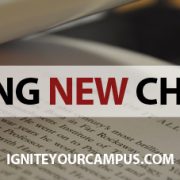 This past weekend, a number of Ignite Monmouth members walked across the front lawn of Monmouth College for the last time. Amid the clapping and picture taking, tears and goodbyes, these former students are now college graduates.

They started a whole new chapter in their lives.

They said goodbye to the place they called home for four years, to venture out into the unknown.
They are leaving dorm rooms for apartments.
Cafeterias for kitchens.
School work for desk work.
And security for the hope of employment.

A new chapter has begun.