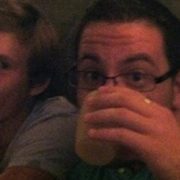 The above picture is one of my favorites from our trip to Czech.

There’s nothing really all that special about it. The picture is kind of grainy. It’s dark. It doesn’t have the right angle to make it artistic (it’s all about the angles, guys). It isn’t even all that interesting. I mean, two guys drinking from cups – it’s not going to win me any photography awards.

But the quality isn’t why I like this picture so much.
It’s what it represents.

During our time at Kristfest, a nation-wide youth camp, God connected me with three young men I had never met before.

These young men were the first to the front during times of worship.
They took part in a number of workshops.
They grew in their gifts and talents.
And displayed a hunger for God I have yet to see in the States.

I had the privilege of praying with these guys and speaking into their lives multiple times.

After my first time praying over them, I was asking God to give me an opportunity to get to know them more. It’s not easy building relationship with people who don’t share your language. Or culture. Or weird sense of humor.

He answered that prayer on Thursday night.

It was my team’s last time spending the night at Kristfest and, rather than going to bed after a late service, we went to the Tea Tent – a large tent set up for people in drink tea, talk, and get to know one another.

We went in with some of our friends from Cesky Tesin – and these three young men came in and sat next to us.

Filip, the young man in the picture, challenged me to a Pakistani tea drinking contest.

I drank 6 cups. He drank 11.
And I paid for it that night with a complete lack of sleep.

But it was a price I was willing to pay – because these young men were worth missing a night of sleep.

Building relationship with people isn’t easy. It’s not always convenient. It won’t always fit into your schedule and rarely into your comfort zone. It will push you, challenge you, and cause you to step out in ways you might not otherwise do.

But it’s worth it.
Because people are worth it.

Drinking six cups of tea at 11:30 at night wasn’t comfortable. It wasn’t normal. I knew after the second cup that I probably wouldn’t sleep well that night.

But it provided a way for me to get to know these three young men even more.
And that made the lack of sleep worth it.

The Guys: Jakub Šimek, Filip Šiška, Me, and Petr Fiurášek

How have you stepped out of your comfort zone to build relationship with others? 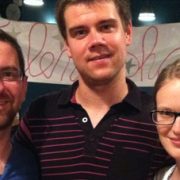 Today was our last day of outreaches with the youth group in Cesky Tesin.

It’s been a very powerful week.

God moved in the lives of the youth group, the Ignite Czech group, and the young people from the Svibice neighborhood in some powerful ways. We had the opportunity to share the gospel, pray for a number of young people, share our testimonies, and answer questions that helped draw Czech youth closer to Christ. We saw young people set free of insecurities, realize their potential in Christ, and reach out to those around them.

I’ve never experienced God move so powerfully during our outreaches before.

END_OF_DOCUMENT_TOKEN_TO_BE_REPLACED 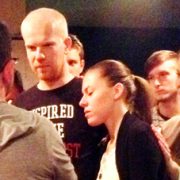 The past few days in Czech have been pretty intense.

On Monday, I had the privilege to speak to the Krestanske Centrum youth group and the Ignite Czech group on what it means to pray and act in boldness. The neighborhood in which we reach out here requires all of us to walk in boldness – it was a reminder we all needed. We followed up the message with a time of worship, prayer for the week, and about 3 hours of me and my team praying for and prophesying over the Czech youth.

God did some amazing ministry in those three hours.

END_OF_DOCUMENT_TOKEN_TO_BE_REPLACED 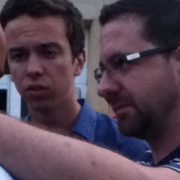 Our first day of ministry here in Czech is done and over with, and I’m still in awe of everything God did.

We’ve never had a first day quite like this one.

I had the opportunity to preach and pray for people at our partner church, Krestanske Centrum. The message God had laid on my heart for weeks for this church was how Pleasing God involved walking with him – allowing Him to lead fully lead out lives – and trusting Him completely. Afterwards, my team and I prayed for a number of people struggling with that same issue – people going through divorce, suffering from a chronic illness, believing God did not have a plan for them, struggling with doubt and hopelessness. Numerous times after our time of ministry, people came up to us to say they needed to hear that exact message.

END_OF_DOCUMENT_TOKEN_TO_BE_REPLACED 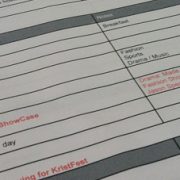 Our mission team is only a few days away from leaving, and they couldn’t be more excited to go.

Plans have been finalized, tickets have been purchased, messages have been prepared – the only thing remaining is for the team to pack up and go.

This is going to be a powerful trip for all involved.

The team has worked closely with our partners in Czech to build on the successes of past trips and provide genuine opportunities for young people to encounter Christ.

Our trip will consist of:

Our team will also help lead sessions for KristFest – a nationwide youth convention, including:

We know God is going to do something amazing both in and through our mission team during their time in Czech.

You can download a PDF copy of the trip itinerary to know what the team will do each day, as well as see a list of prayer requests for the team. 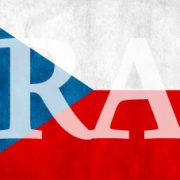 This Friday, our mission team will begin their journey to the Czech Republic. This is a historic trip for Ignite, as team members will assist with KristFest – a nation-wide convention for youth. The team will lead sessions and workshops, pray for young people, and Ignite President Jason Vana will kick the whole thing off by speaking at the opening session.

As you can imagine, our team needs prayer. Lots of it.

Here are just a few ways you can pray for our team:

Our team – both the American side and the Czech side – are excited for what the next few weeks hold as we journey to Czech, work with our partner youth group, and see God’s light shine in the lives of those who don’t know Him.

Thank you in advance for your prayers.

You can find updates about the trip, including on-field updates, by visiting www.igniteyourcampus.com/tag/czech-2013.
We may not always have access to the internet, so updates may not be regular. 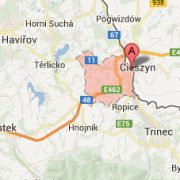 In just under two weeks, our 2013 Czech Mission Team will board a plane and begin their journey to Český Těšín – a city in the Eastern region of Czech.

We have a smaller team going this year – only 3 members – but a team that is comprised of seasoned leaders, both in Ignite and in other youth and young adult ministries.

Jason Vana is the President and Visionary Leader of Ignite Student Ministries. He is passionate about empowering youth, young adults and university students to impact their world for Christ. This is Jason’s ninth trip to the Czech Republic since 2006. He has been involved in a church planting project in the Silesian and Moravian regions of Czech, and has worked extensively with the youth group of Krestanske Centrum church, helping to organize outreaches and leading youth retreats. Aside from all this ministry stuff, Jason has a passion for marketing, reading, hiking, loves to travel and writes regularly at his blog.

Ian Smith is 23 years old and lives in Galesburg, Illinois. He is a Board member and Monmouth College Leadership Coach for Ignite Student Ministries. Before he joined the Ignite Board, Ian served as a Student Leader for two and a half years. He graduated from Monmouth College in 2012 and began his Seminary education at Lincoln Christian University in the fall of 2013. He has preached at The Oaks Community Church in Dahinda, Illinois, Victoria United Methodist Church in Victoria, Illinois, The Rescue Mission in Galesburg, Illinois, and at various Ignite events.

Katie Rose, 23, is a tour planner for a local company in Peoria, IL. From leading a small group to planning food fights, Katie has been involved in student ministries for the past 6 years, and has loved every moment of it. She snaps to it, crackles with laughter, and pops with ideas so there are smiles and fun for everyone.
This team has spent months raising $9,000 in support, planning outreaches, preparing KristFest sessions, going through devotions as a team, and more.