“As far as the east is from the west, so far has he removed our transgressions from us.”
Psalm 103:12

We put a lot of emphasis on sin.

We talk about it, pray about it and read books on its power to destroy us. We confess it to each other, building relationships around trying to breaking it. We change our habits, put filters on our computers and block certain TV channels. We spend time and energy trying to avoid it. We even cover it up, putting on a happy face and pretending we don’t struggle.

We know the sins we struggle with. We know our faults and flaws and hangups. We know the propensities we have to stumble. We know the depths of darkness in our own hearts.

When we sin, when we stumble, when we mess up yet again, it doesn’t feel far from us.

END_OF_DOCUMENT_TOKEN_TO_BE_REPLACED 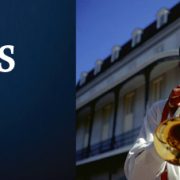 Ignite Sandburg Coach Jordan Knight will lead a team of up to 24 people on the trip of a lifetime to New Orleans, Louisiana. Team members will spend their time doing children’s ministry, reaching out to the homeless and helping with construction and repairs on various homes and buildings throughout the city.

This trip is being administered and paid through First Presbyterian Church in Galesburg, Illinois.

“For where two or three come together in my name, there am I with them.”
Matthew 18:20

Jesus gives us an incredible promise in the book of Matthew. If just two people gather together to seek Him, talk about Him, focus on Him, and live for Him, He is there.

He is there when believers come together, when we pray, when we share stories of what He has done in our lives, even when we are just goofing around and having fun. Whenever we gather, whenever we pray, whenever and wherever we find ourselves with other believers, He shows up.

He is there whenever and wherever we are.

END_OF_DOCUMENT_TOKEN_TO_BE_REPLACED

This past weekend, Ignite Student Ministries had the privilege of hosting the bi-annual Encounter Retreat at Camp Summit in New Windsor, Illinois. These retreats are intended to give students the opportunity to get off campus, disconnect from homework and responsibilities and work and stresses from school, and focus on encountering God.

Students were excited to take part in a number of sessions geared to growing their faith. These sessions included:

They also enjoyed times of worship and prayer, extended free and fellowship time, lots of food and a lot of of fun….and not one came back the same.

Tyler Fox, Ignite Sandburg Student Leader, had this to say about his time at the Encounter Retreat:

Over the past weekend, he [Ignite President and Visionary Leader, Jason Vana] spoke some words to me that hurt. Frankly, some of them were a slap to the face.
Were they true? Yes.
Did I need to hear them? Yes.
Am I grateful? More than I have been in a long time.
He explained that I’m in a time of change. And told me to get over what I’ve been feeling. To get over the pain, the hurt, everything, and move on. He said what I didn’t want to think.
Read more of the story on Tyler’s blog.

Hear more stories from the Ignite Encounter Retreat from the students who were there:

“When they saw the courage of Peter and John and realized that they were unschooled, ordinary men, they were astonished and they took note that these men had been with Jesus.”
Acts 4:13

We don’t tend to put an emphasis on ordinary people.

When it comes to ministry or church leadership, we want the best. We want the people who have spent time and money going to Bible school. We want those individuals who excelled in hermeneutics and apologetics and dissecting the biblical text. We want the communicators, speakers, those people who can deliver a message and wow us on a weekly basis. We want the successful ministers, those who started a church and within a year, a month or even a week, turned it into a church of thousands.

And we think we need to the same to truly make a difference.

But Peter and John set a different standard.

END_OF_DOCUMENT_TOKEN_TO_BE_REPLACED

While most Monmouth College students were heading home to enjoy the start of Fall Break, a group of ten Ignite Monmouth members and one mutual friend lit up the night Friday night…glow stick style.

These students hung around campus a little later than they had to, or are staying all break, and played a game of Ultimate Frisbee in the dark, wearing glow sticks to distinguish teams. The students were able to develop stronger relationships, run around and have fun.

One of Ignite’s core values is community – building an atmosphere where students are able to grow in deeper community with other believers, build relationships and have those friendships where they are encouraged and challenged to be what God has called them to be. Events like Friday night’s Ultimate Frisbee game not only foster community, but also act as an outreach to draw students into community who do not yet know Christ.

The game was followed up by a trip to Dairy Queen for more fellowship.

On Wednesday, October 5, Carl Sandburg College students were treated to an afternoon of fun and prizes as the Ignite Sandburg group set up a Prize Spin Wheel at their table for October Bash.

The second such festival of the year, October Bash offers students free food, games and music, along with tables displaying various organizations students can get involved with on campus. The Ignite Sandburg group came out in full force, encouraging students to spin the wheel to win a variety of prizes, everything from candy, water and a surprise bag of goodies, to prayer or, one of the most popular prizes, a free hug from an Ignite Sandburg member.

Students lined up to see what prize they could win, encouraged their friends to spin the wheel, and received more information about Ignite Sandburg. A number of students signed up to get involved in our group, and we even had a few who contacted us through the web site to get more information on when the group will meet each week.

All-in-all, the table was a huge success as Ignite Sandburg was able to interact with students, get our name out there and pray for and huge Sandburg students.

To view more pictures of the event, visit our Facebook page.

“Don’t let anyone look down on you because you are young, but set an example for the believers in speech, in life, in love, in faith and in purity.”
1 Timothy 4:12

There seems to be a common theme among many churches and youth groups: young people can’t make a real difference.

Sure, we believe they can invite their friends to church, maybe go on a missions trip, serve on the worship team or help flip slides for the Sunday morning worship. We’re fine with young people cleaning the church building, greeting or mowing the church yard.

But when it comes to making a real difference, when it comes to leading their friends to Christ, or starting their own Bible study, or leading a group of their peers to drastically change the culture at their junior high, high school or college…that’s when we get a little hesitant.

Young people don’t know enough. They haven’t studied the Bible thoroughly, haven’t attended a good seminary. They don’t know the words to say, how to handle tough situations and we sure don’t want them representing our church if they do something wrong.

And so instead of equipping young people, instead of helping them reach their potential, instead of giving them a dream of truly making a difference…we play games, and have pizza parties, and try our hardest to teach them not to sin.

Because apparently following Christ is all about doing the right thing.

But Paul took a different approach with young people.
He told them to set the example.

Historians aren’t sure how old Timothy was when Paul penned these words to him. Some believe he might have been as young as 25. Others say he could have been as old as 40. What we do know, though, is that members of the church he was overseeing at the time thought he was too young, too inexperienced to be leading.

In Timothy’s culture, you weren’t considered learned enough to teach until you were at least 30 – the same age Jesus was when his ministry started. You had to go to be trained, disciple under an approved rabbi and have two rabbis accept and release you before you had the authority to speak on spiritual matters.

Timothy didn’t have that.

He wasn’t old enough. He was trained enough. He never went to seminary, didn’t have the life experience, and according to everyone but Paul, he was too young to lead them.

But making an impact for Christ, helping people grow deeper with Him, isn’t about how old you are or how experienced or how trained.

It’s something we’re all called to do.

Set the example. Be pure. Love unconditionally. Serve wholeheartedly. Share your story. Invite others into the story of Christ. Grow your faith.

And don’t worry how old, or young, you are.

Because God can still use you.

After all, He called twelve teenage and early twenties boys to follow Him, and they turned the world upside down.

And so, my brothers and sisters, as you journey through this thing called life, may you remember that you are never too young to make a difference for Christ. May you young people rise up in the gifts and potential God has given you. And my you set the example for other believers in speech, in life, in love, in faith and in purity.

How can you set the example of how a believer should live?

Sign up to receive email notifications when Deeper is posted!