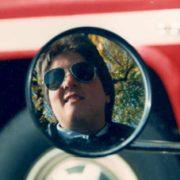 We are made in the image of God.
It’s the core of understanding our status as new creations.

That doesn’t mean God has two arms, two legs, and suffers from allergies in the spring.
Or that He needs to bathe regularly to keep from stinking.
Or that He has a face with eyes, nose, mouth, and ears that stick out a little too far from His head.

Bearing God’s image doesn’t mean we physically look like Him.
It goes much deeper than that.

The Hebrew language, constituting much of the Old Testament, contains three words describing how we are made in the image of God:

At our very core, we find ruwach – the Spirit of God. This is the same Spirit that hovered over the waters at creation. It’s the same Spirit God breathed into man in Genesis 2 to make him a living being. Ruwach is God’s spirit, his force, the essence of his power that He places in each and every one of us.

On top of ruwach, we find our neshama. This is the part of us that other people experience. It carries the soul of God, and where we experience joy, pain, excitement, anger, fear, happiness, sadness. Neshama is our emotions, our feelings, those aspects of our soul that interact with others.

The outer-most part of our being is our nephesh. This is the part of us that is most easily seen by others. It’s our physical self, our personality, how we react to the experiences around us. Nephesh is what we see when we look around a room of other people.

All three parts of who we are, ruwach, neshama, and nephesh, bear the image of God.

We carry His spirit.
Bear the root DNA of His soul.
And reflect His essential being.

It’s why we have the capacity to do good.
Are moved when we see suffering.
And experience both good and bad emotions.

We are created in the image of God.

We just don’t always live out that image.

When we understand the image we carry, when we fully recognize our core being reflects our Creator, it changes how we see ourselves.
And others.

So, my brothers and sisters, as you wrestle with your identity as a new creation, may you be reminded in whose image you were made. May you begin to see the fingerprints of God all throughout your being. And may you, as you see yourself for who God made you, begin to understand what it means that you are made to bear God’s image.

How do you bear the image of God in your life? 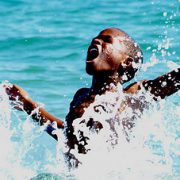 “God made him who had no sin to be sin for us, so that in him we might become the righteousness of God.”
2 Corinthians 5:21

We are new creations.
Who we used to be, what we used to struggle with, is no longer part of our identity.

It’s not an easy concept to live out.

In his letter to the Corinthian believers, Paul makes an astounding statement:

God made him who had no sin to be sin for us, so that in him we might become the righteousness of God.

The readers of Paul’s letter would have found this idea revolutionary.

Those who followed the law closely were considered to be in right-standing with God.

Those who broke they law were considered unrighteousness, and were required to bring a sacrifice at least once a year to pay for their unrighteousness and push back the unleashing of God’s wrath one more year.

But Christ changed all that.
He not only paid for our sins, but He gave us a new identity of being righteous.

Paul used covenant language in the verse above, something the original readers would have picked up on. Whenever someone in that time created covenant with another person, a series of rituals were performed to make the agreement lifelong.

But the very first ritual was the exchange of robes.

In that day, your robe was your identity. It’s how someone would know who was coming down the road. It showed them what class of citizen you found yourself in. It portrayed whether you were rich or poor, favored or an outcast, respected or despised.

Exchanging your robes meant you exchanged identities, and carried with you the good and bad of the person with which you came into covenant.

Jesus wore a robe a righteousness.
We wear robes of sin.

When He went to the cross for our sin, He put on our identity of sin and gave us His identity of righteousness.

Now when God looks at us, He doesn’t define us by our sin, our shame, or our mistakes.
He defines us by the righteousness of His son.
And doesn’t hold our sin against us any longer.

So, my brothers and sisters, as you wrestle with your shortcomings, may you remember you are no longer defined by your sin. May you see yourself the way God sees you: as righteous. And may you, as you learn to fully embrace the new creation that you are, find your identity being formed by who Christ is and what He has done, not on what you’ve done.

How can you begin living out the truth that your identity is righteous, even when you sin? 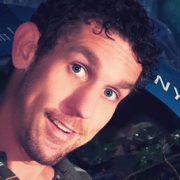 “Therefore, if anyone is in Christ, he is a new creation; the old has gone, the new has come!”
2 Corinthians 5:17

Each new year brings with it the idea of a new start.

It’s why we make resolutions, look forward to the new year, and celebrate its arrival.

The new year brings hope.
Renewal of dreams.
The promise that things can be different. Better.

It doesn’t matter what happened the year before, the mistakes we made, the relationships we gave up on, the sins we committed.

The new year is a clean slate.
A do-over.

The same is true when we come to Christ.

In his letter to the Corinthian believers, Paul makes a startling observation:
Anyone who is in Christ is a new creation.

Up until this point in the story of man, there was no newness.
No new creation.

When the Israelites sinned, when they messed up, their only hope was to sacrifice an animal to push off the consequences of their sin for one more year.

They were still who they always were.
Still messed up, depraved, disobedient children who could not get “it” right.

But when Christ came, all that changed.

Rather than the consequences of our sin being pushed off for another year, our sin was paid for. In full.

So when we come to Christ, when we give our lives to Him, we aren’t just the same people we used to be with new religious obligations added to our lives.

We are new creations.

We may feel that way. We may still have the same thoughts, deal with the same sin, struggle with the same insecurities, but they are no longer our identity.

We are children of God.
Righteous in His sight.
And every other identity we used to hold onto is now dead.

When we fully embrace our newness in Christ, when we grab ahold of the truth that we are new creations, it changes the way we see ourselves. And our sin.

We are new.
We don’t have to claim those old feelings, mindsets, and struggles as part of our identity anymore.

So, my brothers and sisters, as we journey into this new year, may you be reminded that you are a new creation. May you embrace the truth that your old self, with its faults, failures, and sins is gone. Dead. And may you, as you disassociate with your old self and embrace your stance as a new creation, find the sins that used to hold you back are no longer part of your identity.

How has God shown you that you are indeed a new creation?