You are here: Home / Romania 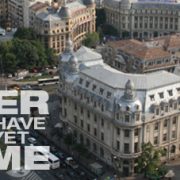 The words stuck in my throat as we belted out the song. The others in the car didn’t hear me trying to choke out those lyrics. At least, they didn’t seem to give any sign that they heard. This song holds a special place in my heart – and has become my song for Europe.

I first heard this song on a trip I led to Czech in 2009. One of my team members had it on her iPod, and had been telling me I had to hear it. When I finally relented and listened to the song, I started tearing up. It was my prayer for Czech, for the work we had been doing in that country, in song form. It quickly became the theme of that trip – and a song I listened to every morning during my time with God at our youth retreat, standing on a hill, overlooking the mountains in Trinec, praying for the country of Czech.

That night in the car was the second time I heard this song in Bucharest. I wasn’t expecting it. Didn’t think God would bring this song up during my time in Romania. And yet, there it was. Blasting in the car as a group of Americans and Romanians were worshipping God together.

God has used this song time and again to remind me that my work and my calling in Europe is not done. He still has a plan for me there, whether I find myself living in Europe or simply traveling there a few times a year. And He used it again a few days ago to show me the work we began in Bucharest last week is not done. It was only a start.

Greater than painting doors, greater than any English conversations, greater than handing out fliers, praying for people, or speaking at church, that’s what God wants to do in Bucharest.
And in Cesky Tesin.
And in Monmouth.
And in Galesburg.
And in Peoria.
And throughout the world.

He has greater things He wants to do.

What greater thing are you praying for God to do in your life? 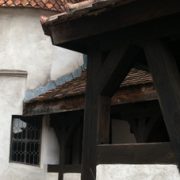 It’s our last night in Bucharest, Romania, and I can honestly say I don’t want to go home.

I’ve known the past few years that I am called to do ministry in Europe. It’s why I have returned to the Czech Republic at least once a year since 2006. It’s why I have a map of the world hanging in my home office. It’s why any time I even think about organizing a trip to Europe, I begin crying.

I am called to this continent.
And this week, God broke my heart for another country.

It’s been a powerful week of ministry, serving, speaking, praying, worshipping, encouraging, being encouraged, blessing, being blessed, and meeting people who, God permitting, I will see again sometime soon.

I’ve found myself Googling the history of Romania.
Purchasing an atlas so I can pray over this country.
Praying every time we were walking from one location to another.
Claiming the promise that every where I step my foot will be God’s.
Sowing financially into the ministries of this country.
Connecting with the people.
Trying to learn the language so I can have at least a basic understanding of what is being said.

All signs that I’m hooked.
And that this won’t be my last time here.

God has opened a door for me in Romania.
One that I hope will stay open for many more years to come. 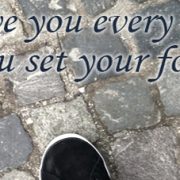 The past few days in Romania have been pretty powerful.

God has shown up in some powerful ways, opening doors of ministry and opportunity that only He could open. During our small group party Saturday night, while one of our team members shared his story of coming to Christ, an opportunity arose for the Agapia church members to really explain the importance of salvation and baptism to some Orthodox members of the group. We’ve had a few conversations with people in the streets as we’ve handed out fliers to our Practice Your English workshops. God has used those fliers, which can be very ineffective, to bring individuals to our workshops who never heard about the church and who aren’t believing Christians. We’ve spoken into people’s lives, are building relationships with people each night, and saw an open door tonight for the pastor of the church to share about Christ with one of the attendees of our workshop.

It’s been an amazing trip.

While God has been moving through us during our time in Romania, the most impactful moment of the trip for me came earlier today.

Our team was walking to lunch after having painted doors and cleaned up, and were joking around with each other. I attempted to respond to a team member using the limited Romanian vocabulary I have picked up and accidentally responded with the limited Czech vocabulary I know. I got a little flustered and mumbled that I am mixing up my languages.

In that moment, I felt God respond to me and say: “This won’t be the last time you mix up your languages. I will be sending you to many countries. It will be impossible for you to keep straight all the languages you’ll pick up.”

It was a very humbling moment.

If you know me at all, you know my heart beats for this continent – to be a part of what God is doing and will do among the millions of Europeans who don’t know Him.

It’s what I was made for.

Those seemingly simple whispers continue to push me forward in the plans He has for my life, and remind me that He is using me to impact a continent, even if I’m not here permanently. 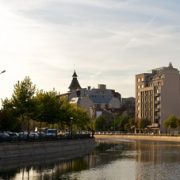 A few months ago, I labeled 2013 as my year of promise – a year I believed I would see both current promises being fulfilled and new promises being made. It’s a process I go through every year, trying to align every aspect of my life with what I believe God wants to do in me and through me.

It was an exciting word.
One I genuinely looking forward to living out.

But I could never have expected what it truly meant.

END_OF_DOCUMENT_TOKEN_TO_BE_REPLACED 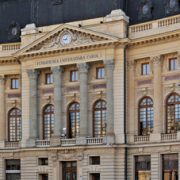 Preliminary ideas for team activities include:

The team is excited for this trip and is fundraising to make it possible. Combined, the team needs $13,000 to cover airfare, housing, food, travel, and outreach supplies for 7 people.

If you would like to partner with our team to make this trip a reality, tax-deductible donations can be made to:

Please make checks out to Ignite and put Romania on the memo line.

Donations can also be made online through Paypal by clicking here. 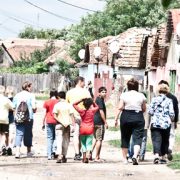 Ignite is excited to announce its first mission trip to the country of Romania.

Ignite President Jason Vana and Board Member Brodie Clark will lead a team of students and young adults on the trip of a lifetime to Romania. We will work with Biserica Baptista Agapia Church based in the capital city of Bucharest. Ministry details are still in the initial planning stages, but will include outreaches and a retreat geared to university students.


The Romania mission trip is part of Ignite’s commitment to see God move throughout the world. This will be our first mission trip working in Romania.

Asterisk Notes:
* Cost is tentative and may change due to flight costs.
** Must be 18 years of age or older, provide signed risk statement and release of liability forms, and be approved by the mission team leaders.
*** Apply for your passport at any Post Office or Circuit Court Clerk Office. Cost is roughly $120, requires your birth certificate, driver’s license and social security card. 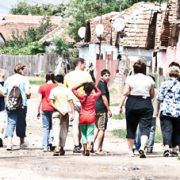 Ignite and Vintage21 Church are gearing up for our Romania 2012 Mission Trip!

Ignite President Jason Vana and Vintage21 Church Administrator Brodie Clark will lead a team of students and young adults on the trip of a lifetime to Bucharest, Romania. Ministry details are still in the initial planning stages, but will include outreaches and a retreat geared to university students.

The Romania mission trip is part of Ignite’s commitment to see God move throughout the world. This will be our first mission trip working in Romania.

Asterisk Notes:
* Cost is tentative and may change due to flight costs.
** Must be 18 years of age or older, provide signed risk statement and release of liability forms, and be approved by the mission team leaders.
*** Apply for your passport at any Post Office or Circuit Court Clerk Office. Cost is roughly $120, requires your birth certificate, driver’s license and social security card.

This October, Ignite President Jason Vana and three other Ignite members will be part of a mission trip to Romania.

Ignite is working in partnership with Vintage21 Church in Raleigh, NC to spend a week in the capital city of Bucharest. A team of eight people total will assist Agape Christian Church in hosting a parenting conference in the church and putting on a retreat for college students.

I am very excited about this opportunity for Ignite. It has long been a dream of mine and the Ignite team to expand our ministry throughout more countries in Europe. We have had a long standing relationship with a church in the Czech Republic and now, after six years, a door is opening into Romania. I am amazed by what God is doing.
— President Jason Vana

We are looking for three more individuals, preferably those with mission trip and leadership experience, to take part in this amazing first trip to Romania. If you are interested in receiving more information about the trip, please email us with your information.