You are here: Home / Reflection 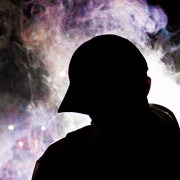 Tomorrow starts the season of Lent, those 45 days before Easter where many Christians take time to reflect on the power of Christ’s death, burial and resurrection and prepare themselves to experience new life.

END_OF_DOCUMENT_TOKEN_TO_BE_REPLACED

“Suddenly a great company of the heavenly host appeared with the angel, praising God and saying, ‘Glory to God in the highest, and on earth peace to men on whom his favor rests.'”
Luke 2:13-14

Peace. It was a message the Israelites waited centuries to hear.

After their rebellion in the book of Malachi, God had been quiet for 400 years. No answered prayers. No angelic visitations. No burning bushes, no Presence in the temple, and no blessings from above. They were subject to oppression by the Greeks and the Romans. They were taxed 60-80% of their income, were governed by people who were enemies of their God and had their land stripped away. They were watched wherever they went, were told what they could and could not do, and had to pledge alliance to their new king, Caesar.

Peace wasn’t really a part of their lives.

They knew about it. They had heard stories about how God intervened on behalf of their ancestors, gave them their own land and rest from their enemies. They knew His promises and read about His blessings.

They just weren’t experiencing it themselves.

So when these angels appear on the scene, when the heavens rip open and God’s messengers deliver a promise of joy and glory and peace, the shepherds would have been ecstatic.

God was bringing them peace.

Their Messiah had been born. He would lead the charge against their Roman oppressors, defeat their enemies, give them back their land and reign as their King. All the waiting, all the praying, all the crying out and years of oppression were about to pay off.

The Israelites were overjoyed.

The only problem was, peace didn’t come. Not as they expected.

He didn’t bring them the peace they wanted.

The Israelites wanted a utopia. They wanted paradise. They wanted to be free from oppression and taxation and war. They were praying for a life free from strife and hardship and pain. They wanted the kind of peace that brought them comfort and rest and safety.

They wanted our definition of peace.

Christ gave them the kind of peace that transcends circumstances – that in the midst of turmoil and strife and persecution, we could have a deep, quiet, restful sense that God in in control, and He has our best interests at heart.

And so, my brothers and sisters, as we journey these last few days to the manger, may you be reminded of the true peace Christ gives. May you know that He is in control of your every circumstance. And may you, as you work through your own hardship and turmoil and pain, find that same peace the angels declared 2,000 years ago.

Where do you need to experience peace in your life?

“It is written in Isaiah the prophet: “I will send my messenger ahead of you, who will prepare your way” — “a voice of one calling in the desert, ‘Prepare the way for the Lord, make straight paths for him.’” And so John came, baptizing in the desert region and preaching a baptism of repentance for the forgiveness of sins.”
Mark 1:2-4

Sunday marked the start of Advent – those four weeks Christians set aside to reflect on the real meaning of Christmas. It is a time of remembering and rejoicing, watching and resting, celebrating and preparing, reflecting upon the promises of God and anticipating the fulfillment of those promises.

Advent is a season of waiting.

It’s a theme we see woven throughout scripture.

END_OF_DOCUMENT_TOKEN_TO_BE_REPLACED 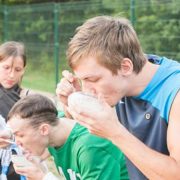 We’re constantly on the go, filling our days with meetings, projects, practice, games, lunch and dinner appointments, writing, reading, watching TV, creeping on our friends’ Facebook walls, Tweeting anything and everything that pops into our head. We serve in our churches, join multiple student organizations, become part of work associations, even find ways to add one month more of work each year than people did 20 years ago. We work more, rest less and find ourselves disconnected from family, friends, ourselves, and God.

Being still isn’t part of our lifestyle.

We would rather be on the go, than stay home alone.
We would rather have music blaring, than sit in silence.
We would rather start a new project, write another blog post, cook another meal, visit another friend, play another video game, watch another movie, or do anything else than face the issues in our own heart.

The Sons of Korah, who penned the verse above, knew this first hand.

END_OF_DOCUMENT_TOKEN_TO_BE_REPLACED

“As far as the east is from the west, so far has he removed our transgressions from us.”
Psalm 103:12

We put a lot of emphasis on sin.

We talk about it, pray about it and read books on its power to destroy us. We confess it to each other, building relationships around trying to breaking it. We change our habits, put filters on our computers and block certain TV channels. We spend time and energy trying to avoid it. We even cover it up, putting on a happy face and pretending we don’t struggle.

We know the sins we struggle with. We know our faults and flaws and hangups. We know the propensities we have to stumble. We know the depths of darkness in our own hearts.

When we sin, when we stumble, when we mess up yet again, it doesn’t feel far from us.